Waiting for Ibuprofen to kick in, since I couldn't have my milk until now due to the fasting blood draw. There was a woman there doing the Glucose Tolerance Test, completely with drinking the nasty sugar fluid. BLECH!

On the other hand, the inanimate measuring device (Peggy wants me to stop calling it the Evil Scale God) says 133 1/2. (That's 58 lbs since last June.) Therefore everything is beautiful and nothing hurts, in spite of the gross rain out and the fact that I have to do a bunch of errands for Psycho-Sis, who broke a leg and is currently at the really nasty "trained nursing facility" where they stuck Hubby after the first broken leg.

Plus---I GET MY QUESADILLA TONIGHT!

Hudson in front of Whole Foods. 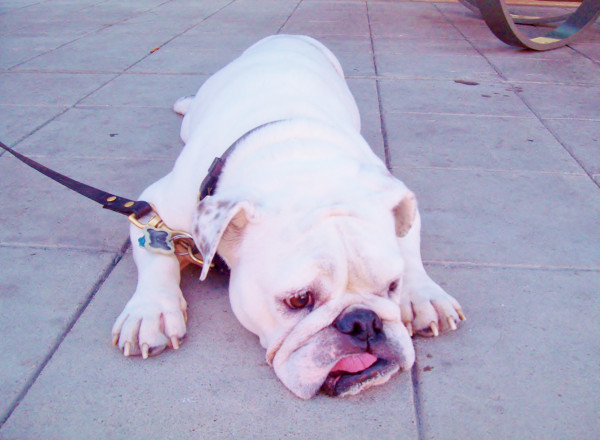