I know this is getting embarrassing. Nearly a year since the last post, and hardly anybody reading anymore. Not to mention the number of projects already abandoned. I don't think I'm going to get the rest of the drabbles posted to A03. The world will live without further dissemination of those nuggets. BUT I really want to finish this thing. Just 20 more to go, and hopefully, I can do it before DW and LJ and the whole damn interwebs cease to exist.

We just finished the last season of this show last week, and I can't tell you how happy I was with the finale. I wanted to book a flight to Hollywood, track down David Shore and tell him THIS is how you do a finale with an impossible, yet perfect slash pairing. (Also this is how you resolve an impossible yet alluring het pairing.)

I was originally turned on to Justified by

vanillafluffy in a post where she mentioned Timothy Olyphant and a hat. This might have been before I even finished (or maybe even started Deadwood.) I don't think I got around to trying it at the time, but once the first two seasons had come out on DVD, we did the Netflix thing and OMG...THE WRITING!!! (Acting too, but first and foremost THE WRITING.)

It took me awhile to warm up to the characters, but eventually I loved them all so much, or loved to hate them. Season 5 being the big exception. Aside from Dewey, the Crowes just didn't do it for me, but I did love poor stupid Dewey, and especially anytime the extras included interviews with Damon Herriman out of character. Best American accent by a non-American since Hugh Laurie in House, with addition of a regional accent, which Mr. Laurie did not have to do.

I was always a season behind because it took forever for each one to come out on DVD. We tried to do season 3 in real time, but DVR let me down and it's really a show I'm better off binging on (HAHA) than having to wait for, because so much shit happens in an individual episode. This got super crazy in the last season. Between the 2nd and 3rd disks, hubby and I couldn't remember WHY Boyd needed Zacchariah's help in the first place, and then we remembered at the same time.

Boyd, Boyd, Boyd. Mrrrrooowww. I wasn't familiar with any of the actor's other work. (Never saw The Shield) and by season 2, I was so on board...and entranced with the Boyd/Ava relationship as much as the Raylan/Boyd subtext. Oh by the way, Mr. Shore...that's ALSO how you play subtext that's pretty damn in your face (the one episode where they have a protracted conversation about Boyd's balls is a classic) and still not feel like pandering and/or fanservice. It might help that this was another situation where I was virtually out of fandom, and therefore if there were shipwars to be found, I was far from the battlefield.

My other major quibble - make it quibbles- the woobiefication of Ava in Season 5 and the character of Wynona in general. But even she made me smile during the big heist plot.

Let me say it again...THE WRITING...every single character got one or two awesome bon mots and each character (Crowes aside) had so much groovy stuff going on, even if we never got it all spelled out. Tim Gutterson, we hardly knew ya and yet we KNOW you. Some of the best baddies ever...Mags Bennet, Robert Quarles, WYNN FUCKING DUFFY!!! (Wynn and Boyd in scenes together were the best thing ever. Two characters who were both in love with their own turns of phrase.) Music. Direction. Ambiance Acting. (Great character actors showing up from Deadwood and comic actors turning in stellar dramatic performances.) GUH! And it's over.

And it ended PERFECTLY. Generally I loved the fact that it was a show were I honestly didn't know what was going to happen, especially once it was established as an "anyone can die" show, without the misery and gloom that aspect lent to Spooks, but in the last scene I KNEW exactly what Boyd was going to say at the end and I was nearly crying and dancing about it at the same time. Because that's how you do slash my friends. 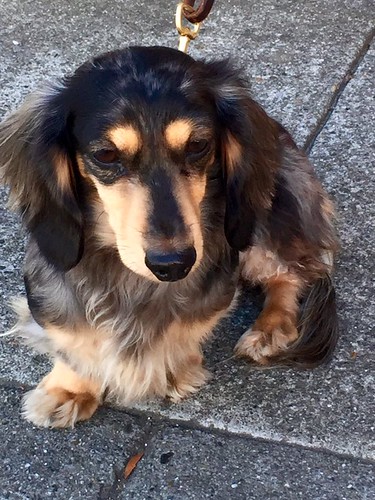