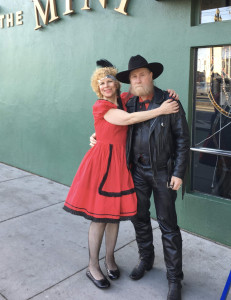 The bad news is that LJ is getting less and less functional for me in terms of being able to post pictures, especially since pretty much every thing is happening on my Iphone. At the moment, it's not even letting make a new LJ Scrapbook album. I might figure it out eventually, but I can't be arsed at the moment.

Soooooo the rest of the pictures can be found here:

And could someone let me know, if you can't see that? Still trying to figure out cross platform pollination as it were.


I didn't stay out that late. I was just glad to be able to do a really nice costume this year. Last year I went very low-effort and Yanni called me out on it and at the time I thought, OK, I'll make it up to him next year. I hope he would have like this one. I think I looked hot and I was wearing a lot of damn petticoats. Plus I had a very handsome cowboy to accompany me.

I also felt it was a bit trivial to be worrying about Halloween in light of the fires still going on in Marin County, but Halloween is Halloween.
Collapse